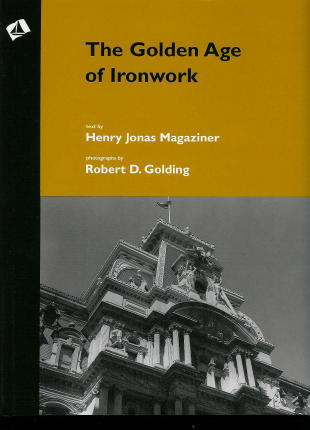 The Golden Age of Ironwork by Henry Jonas Magaziner

In the introduction by Roger Moss he relates that the idea for The Golden Age of Ironwork comes from a book by Philip Wallace published in 1930. He states, "But no Philadelphia overview like those for New York City and Richmond has appeared to replace Philip B. Wallace's narrowly-focused Colonial Ironwork in Old Philadelphia (New York, 1930).

Now, happily, such a book exists and it is from the hand of an old friend and colleague, Henry Jonas Magaziner, FAIA, who has done far more than update Wallace.

He has expanded the coverage well into the twentieth century and added much useful information on the architects, craftsmen, and the buildings of which the ironwork is such an important part. We are fortunate that Henry Magaziner selected as his collaborator the master photographer Robert D. Golding, whose splendid images appear here and in accompanying exhibition at The Athenæµ­ of Philadelphia." He goes on to say, "The work of Yellin and other gifted ironsmiths is the subject of this study. It also includes the creations of some of the foundries, that produced cast iron faç¡¤es and America's finest ornamental cast ironwork." The author explains the focus of the book in the following way; "While both cast and wrought architectural and ornamental ironwork are found everywhere, certain American cities have inherited especially great examples of them. Among those cities are Boston, MA; New York, Albany, and Troy, NY; Baltimore, MD; Richmond, VA; Charleston, SC; New Orleans, LA; Portland, OR; and Philadelphia, PA - cities on the rise during our Age of Iron."

"Since Philadelphia is so rich in its collection of cast iron faç¡¤es as well as being home to both the nation's foremost ornamental iron foundry and America's greatest wrought iron craftsman, I chose the Philadelphia area to illustrate Iron's Golden Age."

Magaziner expands the reach of Wallace's work - he explains. "Besides providing information on the appropriateness of certain ironwork, this book also discusses and illustrates good and bad practice in the design and fabrication of architectural ironwork. In highlighting what is good ironwork from the past, it is hoped that this book will inspire better ironwork today.

"Ironwork - the word will conjure up different meanings to different people. The stereotypical images of ironwork will range from minor works to architectural landmarks of historical significance that have met all criteria for greatness. The time period presented in this edition, from roughly 1840-1930, is called the Golden Age. It was a boom time of building construction including mass quantities of ornamental and structural ironwork. Many iron manufacturing companies met the need for castings while gifted blacksmiths hand forged wonderful pieces. An outstanding accumulation of these works appears in The Golden Age of Ironwork.

A main theme of Magaziner's writing is to further a better appreciation of the inherent beauty of fine ironwork. His text begins with an excellent quote of Samuel Yellin and several wonderful pieces by Yellin are magnificent examples of wrought iron. As a casting counterpart, James Monroe's tomb is called "one of the finest pieces of ironwork ever cast in the United States". The textures of the iron, surrounded by stone and wood in the large sharp photos by Robert Golding, practically leap off the pages. Included with photos are detailed descriptions and street addresses to the examples, providing a tour guide type function.

The first chapters outline the production processes of wrought and cast iron. Applications are then detailed with fences, railings, gates, doors and window grills. One section on street, garden and
park ironwork, displays some home items including gazebos, chairs and a beautiful deer. Iron structural items and facades may appear to be stone or plaster, but iron's advantages of strength and inexpensive large quantities are well described.

The Golden Age of Ironwork celebrates the wealth of architectural ironwork in Philadelphia. We are the beneficiaries of the fine conservation effort to preserve these treasures." - David W. Wilson, Associate Coordinator, Metalworking and Woodworking Reviewers Consortium, Dallas, Texas 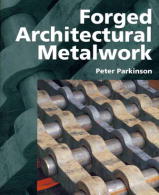 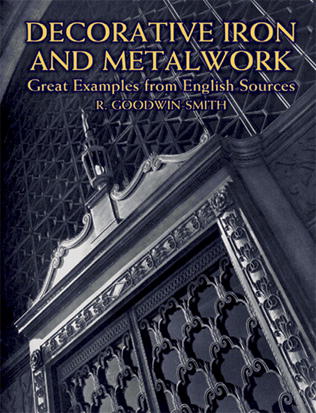 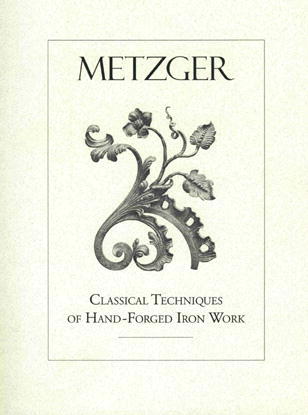 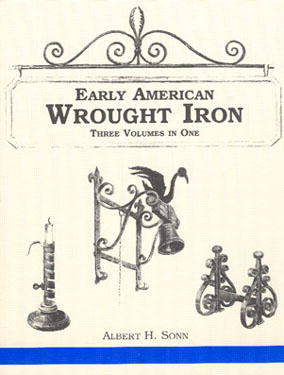 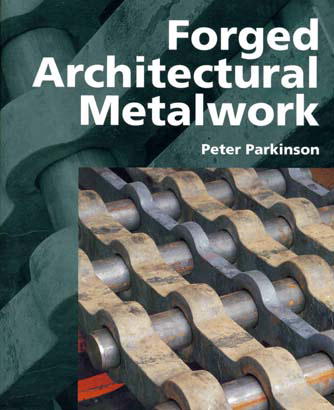