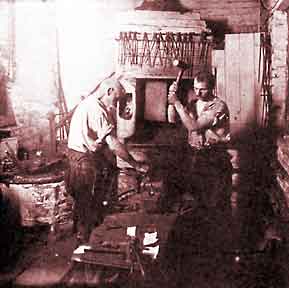 Forgecraft by Charles Philip Crowe (Out of Print)

From 1913 comes this incredibly illustrated text that will teach you forge work. You get lots of photographs. The list of illustrations covers four pages in the front of the book! Photo after photo. Check out the contents and the introduction. The author can explain what he has done, and done beautifully. I think you'll see that this is a gem. We reprinted it almost 20 years ago, let it rest, and now have brought it back, most likely for the last time. If beating iron with a hammer is your thing, add this to your library. You'll like it.

The Forge is a place where iron and steel are given thermal and physical treatment. The Craft is dexterity and knowledge in giving the required shape and treatment.

Treats of the tools and materials, with instructions for using them to make certain dimensions and shapes.

Part II. Treats of welding wrought iron and steel, with instructions for preserving the strength of the materials.

Part III. Is on the treatment of steel, with instructions for making types of tools that are in common use.

The subject may be considered under four heads:

First: Forming-which is changing the shape of commercial bar stock in line or section.

Second: Welding-which is making joints by a direct contact and union of the pieces to be joined.

Third: Fixing-which is changing the condition of the material into a desired state of hardness or coherence.

Fourth: Knowing-which is from learning about the three kinds of things that are done at the forge.

In part one of this book the things treated are essential to the first part of the subject. There are many other fuels, tools, and forms of work equally important, but these have been chosen, and the manner of using the fuel and tools and making the forgings has been described, because they are types of all that is or can be done at the forge without knowing how to make welds or fix the condition of steel. The fundamental principles are the same when heating with other fuels or using other tools.

Drop forging dies were developed from the swages and other tools shown in succeeding chapters, and the power hammers, with all the appliances used in the forging industry, followed naturally when the methods shown in this book were not powerful enough to handle heavy pieces, or fast enough to duplicate the forms demanded.

In part two, welding is described and illustrated as well as the author can do it in black and white on a printed page. The color of the heat and the appearance of the metal can only be learned at the forge, and the author's hands at rest, holding the pieces in position during important stages of the work described in the text, are not as expressive as hands in action.

In part three, the standard cutting tools common in machine shops are shown with instructions and illustrations of the best way to forge them and fix in them that condition, or change, in the arrangement of the component parts desired. Each operation plays a part in fixing the state of the metal. But the process of hardening and tempering steel is of such great importance that it becomes of chief interest in a great many pieces treated in Forgecraft.

There remains learning from experience, reading, and discussion of the subject. This gives the knowledge essential to successful accomplishment of whatever kind of work there is to be done. There is such a close relation between the three parts into which this text is divided that it is impossible to know one part without learning something of the other. But the subject is progressive and the practice lessons, given in the first two parts, should be understood before attempting to learn to do the things in the third part of the book. 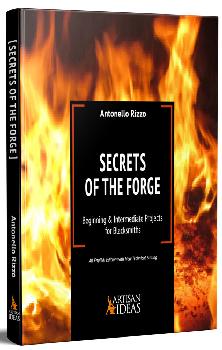 Secrets of the Forge: Beginning and Intermediate Projects for Blacksmiths
$39.95 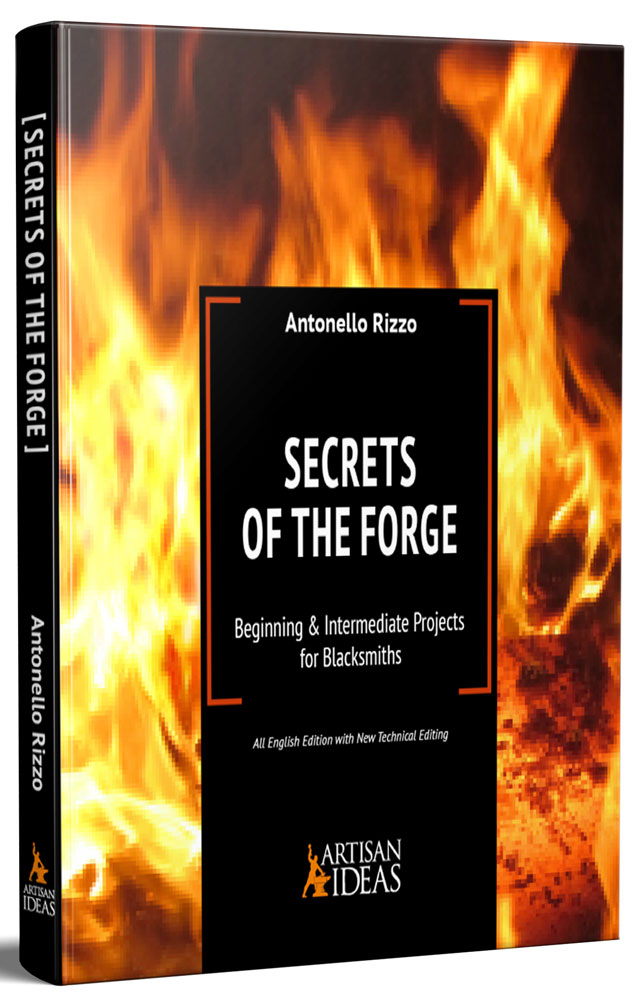 Secrets of the Forge: Beginning and Intermediate Projects for Blacksmiths
Price: $39.95