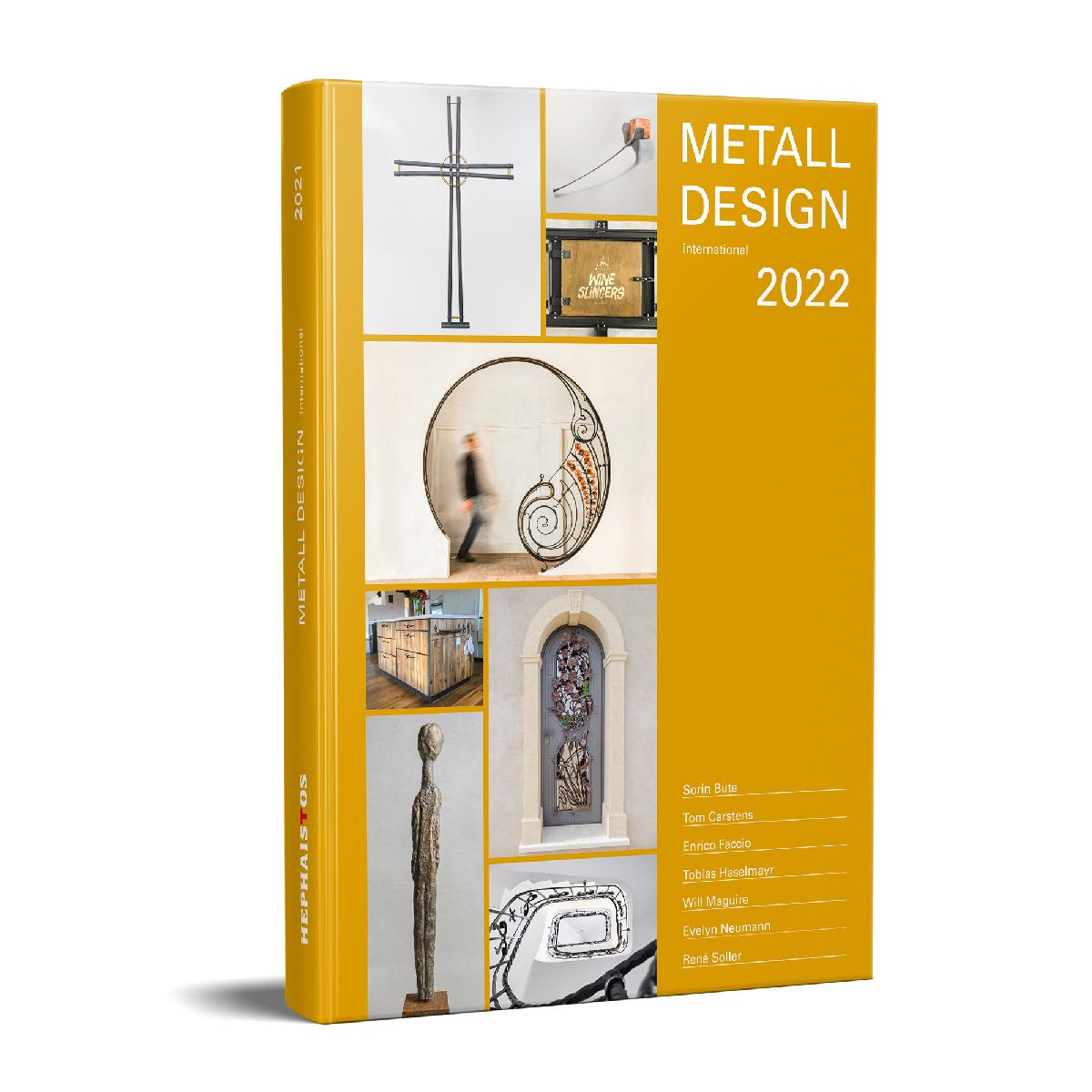 Once again, we are pleased to present seven internationally recognised designers of metal who literally have what it takes to be featured in our latest yearbook published by HEPHAISTOS. Some are seasoned artist blacksmiths with a portfolio that covers architectural as well as artistic metal design, others see themselves primarily as sculptors and some have specialised in certain techniques or materials – and they are all worth seeing.

When carrying out his work, it is important to artist blacksmith and farrier Tom Carstens (Germany) to incorporate the history and the personality of his customers. This is how he creates tailor-made unique pieces, which he lovingly designs down to the smallest detail.
In Australia, Will Maguire is currently one of the few blacksmiths who combine contemporary design and traditional skills. He produces stylish architectural pieces for private homes, artworks for public spaces or sculptural objects as commissions or for galleries.
The range of work pieces that the German blacksmith Tobias Tilman Haselmayr makes extends from jewellery, utilitarian objects and weapons to sculptures and art on buildings. The restoration of historical blacksmith's work, the reconstruction of weapons and armour as well as copper trituration are also part of it.
An unusual professional development characterises the Romanian artist blacksmith Sorin Bute: He is an Orthodox priest and lecturer at the Valahia University in Târgoviste. His repertoire is very broad – from railings and fences to radically modern chandeliers for Orthodox churches.
After initial studies of metal casting, the artist Evelyn Neumann (Germany) expanded her skills in 2005 during a course with Volker Allexi. Casting became a passion that has not let go of her to this day and from which a considerable number of sculptures have emerged.
In 2007, the Italian mechanical engineer Enrico Faccio decided to set up a sole proprietorship – with a focus on the production of creative artefacts. In the meantime, the metal sculptor, who has won several awards and is celebrated on social media, also produces utilitarian objects.
In 2005, vocational school teacher René Soller from Switzerland caught fire for the craft at a blacksmithing exhibition. At the age of 53, he took the plunge into self-employment in 2016. Soller, who mainly forges, but also designs bells as well as jewellery and restores ironwork, has never regretted this step.
Hardcover, English/German text, 256 pages, circa 500 color photos
Publisher:
Hephaistos
Year Published:
2022
Format:
Hardcover, English/German text, 256 pages, circa 500 color photos
Author:
Ilka Schöning, Josef Moos and Lisa Hartmann
ISBN:
9783958050945 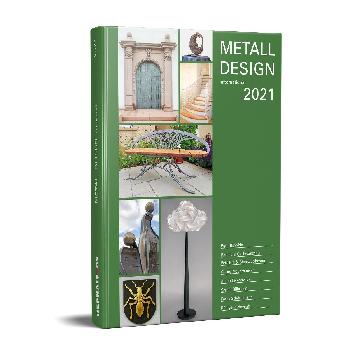 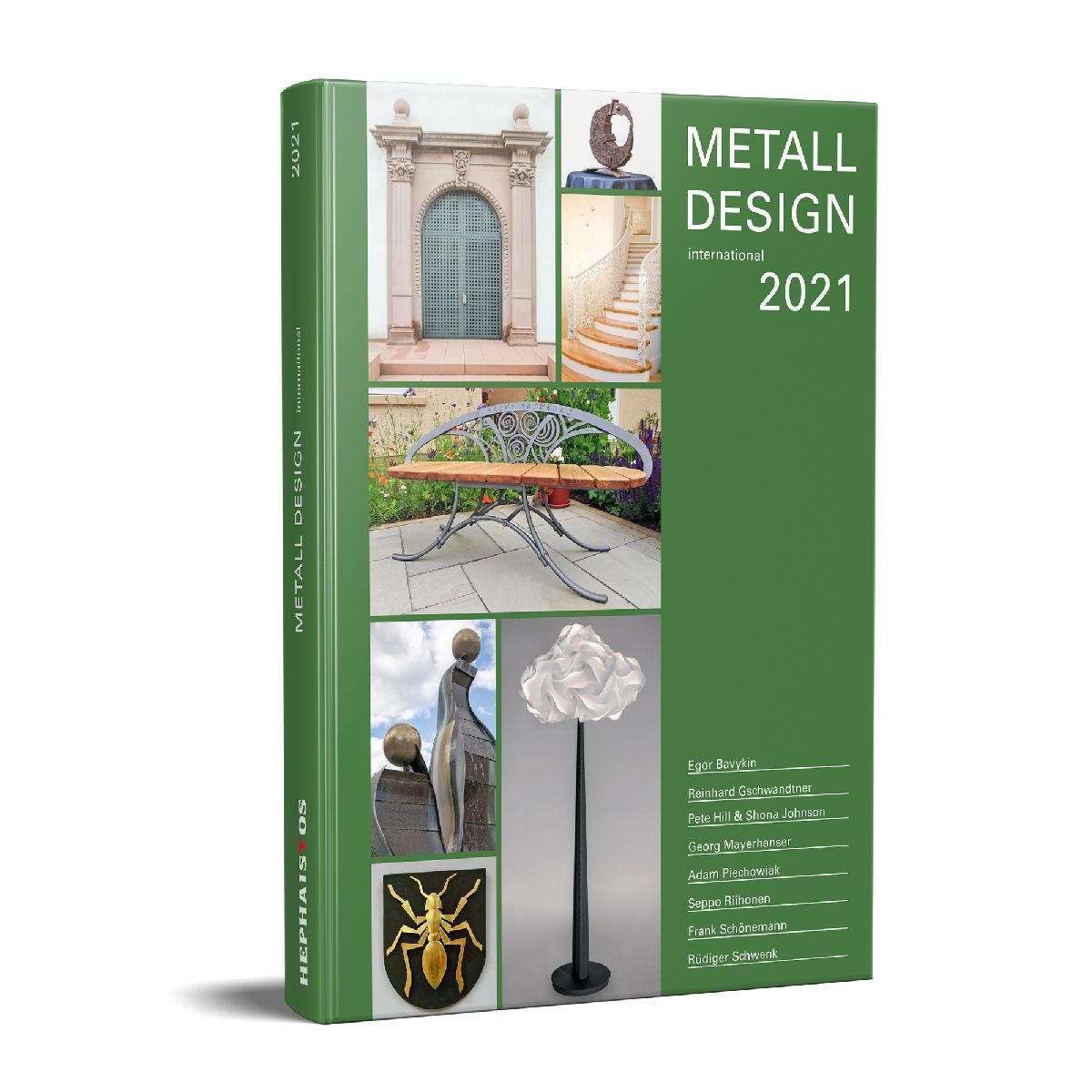