At 80 feet high, 40 feet wide and 35 feet deep, Albert Paley’s most recent sculpture is the latest work by this monumental artist. This latest work is dedicated to the steel service industry, therefore, Paley used industrially produced steel elements for the composition of the sculpture—steel beams, tubes, and sheet steel—including using scrap material remaining from steel plates after elements have been removed during the fabrication process.

Bruce Miller photo-documents all aspects of the development of the structure, including photographs of the site, design development, model making, organizational meetings with the structural engineer, installation, sandblasting, and finishing.

Linda Shearer’s insightful text places the sculpture within a contemporary context of site-specific sculpture being developed in the United States.

Albert Paley, an active artist for over 40 years at his studio in Rochester, New York, is the first metal sculptor to receive the coveted Institute Honors awarded by the American Institute of Architects, the AIA’s highest award to a non-architect.  “The allure of Paley’s art comes through its intrinsic sense of integration of art and architecture,” as one noted architect stated. Paley, Distinguished Professor, holds an Endowed Chair at the College of Imaging Arts and Sciences at Rochester Institute of Technology.

Commissioned by both public institutions and private corporations, Paley has completed more than 50 site-specific works. Some notable examples are the Portal Gates for the Renwick Gallery of the Smithsonian Institution in Washington DC, Synergy, a ceremonial archway in Philadelphia, the Portal Gates for the New York State Senate Chambers in Albany, Sentinel, a monumental plaza sculpture for Rochester Institute of Technology, as well as a 65-foot sculpture for the entry court of Bausch and Lomb’s headquarters in Rochester, NY. Recently completed works include three sculptures for the National Harbor development near Washington DC, a  long archway named Animals Always for the St. Louis Zoo, a gate for the Cleveland Botanical Gardens in Cleveland, OH, a sculptural relief for Wellington Place, Toronto, Canada, Threshold, a sculpture for the Corporate Headquarters of Klein Steel, Rochester, NY, and Transformation, a ceremonial entranceway for Iowa State University in Ames, Iowa. 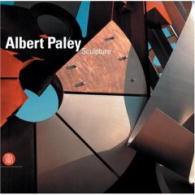 Albert Paley: Sculpture
$44.95
Sentinel: The Design, Fabrication, and Installation of the Monumental Sculpture by Albert Paley at Rochester Institute
$25.00
The Art of Albert Paley by Edward Lucie-Smith
$71.95 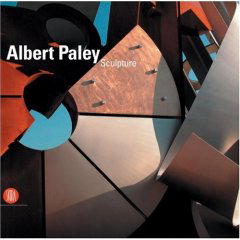 Albert Paley: Sculpture
Price: $44.95
Sentinel: The Design, Fabrication, and Installation of the Monumental Sculpture by Albert Paley at Rochester Institute
Price: $25.00
The Art of Albert Paley by Edward Lucie-Smith
Price: $71.95